It’s no surprise that caffeine is considered to be the world’s most widely consumed psychoactive substance.Lovers of the somewhat eccentric brew say that the earthy essence of mushrooms is a complementary addition to coffee that actually makes for a smoother overall flavor. Plus, you get even more antioxidants with less jitter-promoting caffeine.

Some components of mushrooms have been shown to stimulate the immune system in such a way that certain mushrooms appear to exert antitumor and anticancer activity. One of the top coffee benefits of its rich antioxidant content. Scientific research has shown that an average cup of coffee may be even higher in disease-fighting and anti-aging antioxidants than cocoa, green tea, black tea, and herbal tea. Most coffee health benefits can be traced back to this high level of antioxidants. Mushrooms also contain significant levels of antioxidants, especially glutathione and ergothioneine. As such, mushroom coffee really packs a literal double punch of antioxidants in a single cup.

One of the main reasons the antioxidants found in coffee beans and mushrooms are so health-protective is they provide defense against free radicals we’re exposed to in our daily lives (like air pollution, for example). Free radicals cause oxidative stress to humans, which can then cause cellular damage to our bodies.

Since caffeine in moderation can improve focus yet in excess produce jitters, mushroom coffee can give that same focus benefit, but with the addition of adaptogenic or medicinal mushroom extracts the likelihood of nervous energy after a cup becomes less likely. 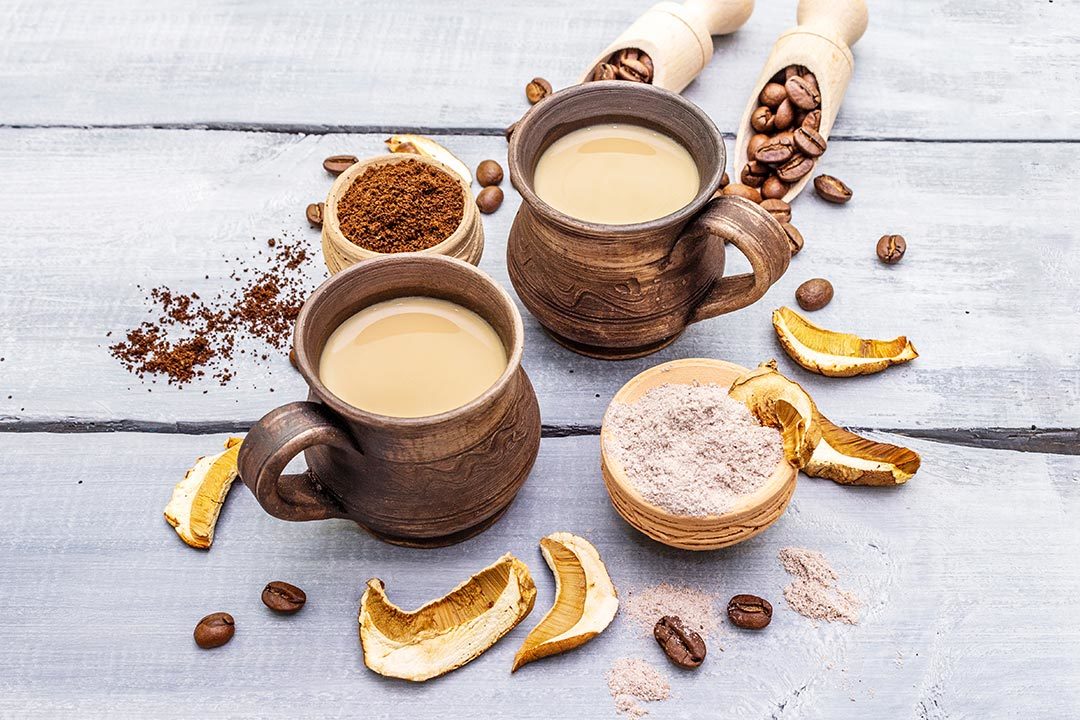 Mushroom coffee offers another intriguing option in the world of hot beverages, especially for lovers of coffee who are looking for the possibility of more health benefits or just a cup of coffee that leaves them feeling less jittery yet still has a lot of flavor.

People not only enjoy the taste of mushroom coffee, but many drinkers claim that they enjoy the health benefits. One of the most common perks you hear mushroom coffee drinkers raving about is having energy and focus yet not feeling shaky. Of course, mushroom coffee still contains a significant amount of caffeine so it should still be enjoyed in moderation.