Could mushrooms be the cure for cancer?

The ancient Egyptians believed eating mushrooms brought long life. While their scientific method was perhaps not entirely sound, modern scientists investigating the medicinal properties of the organism are beginning to produce some fascinating results.

These mushrooms have been valued by humankind as a culinary wonder and folk medicine in Oriental practices.

In Asia, there are more than 100 types of mushrooms used to treat cancer. Some of the more common ones are Ganoderma lucidum (reishi), Trametes Versicolor or Coriolus Versicolor (turkey tail), Lentinus edodes (shiitake), and Grifola frondosa (maitake).

Mushrooms are being studied to find out how they affect the immune system and if they stop or slow the growth of tumors or kill tumor cells. It is thought that certain chemical compounds, such as polysaccharides (beta-glucans) in turkey tail mushrooms, strengthen the immune system to fight cancer.

Questions and Answers About Turkey Tail and Polysaccharide-K (PSK)
What is turkey tail?
Turkey tail is a type of mushroom that grows on dead logs worldwide. It’s named turkey tail because its rings of brown and tan look like the tail feathers of a turkey. Its scientific name is Trametes versicolor or Coriolus versicolor. In traditional Chinese medicine, it is known as Yun Zhi. In Japan, it is known as kawaratake (roof tile fungus). There are many other types of Trametes mushrooms. It can be hard to tell the difference between turkey tail and other types of Trametes mushrooms without the use of special testing.

What is PSK?
Polysaccharide K (PSK) is the best known active compound in turkey tail mushrooms. In Japan, PSK is an approved mushroom product used to treat cancer.

Have any laboratory or animal studies been done using PSK?

In laboratory studies, tumor cells are used to test a substance to find out if it is likely to have any anticancer effects. In animal studies, tests are done to see if a drug, procedure, or treatment is safe and effective in animals. Laboratory and animal studies are done before a substance is tested in people.

Have any studies of PSK been done in people?

PSK has been studied in patients with gastric cancer, breast cancer, colorectal cancer, and lung cancer. It has been used as adjuvant therapy in thousands of cancer patients since the mid-1970s. PSK has been safely used in people for a long time in Japan and few side effects have been reported.

Studies show that the use of PSK as adjuvant therapy in patients with gastric (stomach) cancer may help repair immune cell damage caused by chemotherapy and strengthen the immune system.

Studies of PSK as adjuvant therapy for gastric cancer include the following:

In a phase I clinical trial sponsored by the National Institutes of Health, a product made with turkey tail was given to a small group of patients with breast cancer following radiation therapy. There was an increase in natural killer cells and other cancer-fighting cells in the immune system.

Studies of PSK as adjuvant therapy for colorectal cancer include the following:

PSK was studied in a randomized clinical trial for its effect on the immune system in patients with stage II or stage III rectal cancer. Patients received chemotherapy and radiation therapy, with or without PSK. This study found that PSK increased the number of cancer-killing immune cells and had anticancer effects in tissue that received radiation therapy.
A review that combined results from 3 studies in 1,094 patients with colorectal cancer found that patients who received PSK were less likely to have recurrent cancer and lived longer than those who did not.

Studies of PSK as adjuvant therapy for patients with lung cancer include the following:

Five nonrandomized clinical trials reported that patients treated with PSK and radiation therapy with or without chemotherapy lived longer.
Six randomized clinical trials in patients with lung cancer studied chemotherapy with or without PSK. The studies showed that patients who received PSK improved in one or more ways, including immune function, body weight, well-being, tumor-related symptoms, or longer survival.
Have any side effects or risks been reported from turkey tail or PSK?
There have been few side effects reported in studies of PSK in Japan.

Questions and Answers About Reishi
What is reishi?
Reishi is a type of mushroom that grows on live trees. Scientists may call it either Ganoderma lucidum or Ganoderma sinense. In traditional Chinese medicine, this group of mushrooms is known as Ling Zhi. In Japan, they are known as Reishi. In China, G. lucidum is known as Chizhi and G. sinense is known as Zizhi.

There are many other types of Ganoderma mushrooms and it is hard to tell the medicinal mushrooms from the other types.

Reishi has been used as medicine for a very long time in East Asia. It was thought to prolong life, prevent aging, and increase energy. In China, it is being used to strengthen the immune system of cancer patients who receive chemotherapy or radiation therapy.

How is reishi given or taken?
Reishi is usually dried and taken as an extract in the form of a liquid, capsule, or powder.

Laboratory and animal studies have tested the effects of the active ingredients in reishi mushrooms, triterpenoids and polysaccharides, on tumors, including lung cancer. See the Laboratory/Animal/Preclinical Studies section of the health professional version of Medicinal Mushrooms for information on laboratory and animal studies done using reishi.

Have any studies of reishi mushrooms been done in people?
Studies using products made from reishi have been done in China and Japan.

Studies suggest that the use of products made from reishi as adjuvant therapy may help strengthen the immune system in patients with lung cancer.

Studies in patients with lung cancer include the following:

In an open-label trial done in China, 36 patients with advanced lung cancer were given an over-the-counter product made from reishi called Ganopoly. The patients were being treated with chemotherapy or radiation therapy, along with other complementary therapies. Some patients had marked changes in the immune responses being studied, such as lymphocyte count and natural killer cell activity, and some patients had no change in immune response. A similar study of Ganopoly in 47 patients with colorectal cancer showed the same results.
In China, a study was done with 12 lung cancer patients. Their blood was tested to see if taking a product made from reishi could help improve immune response. The study found that the polysaccharides in reishi mushrooms may help cancer-fighting immune cells, called lymphocytes, stay active.
Colorectal cancer

The following study looked at reishi for the prevention of colorectal cancer:

In Japan, 225 patients with benign colorectal tumors were studied. For 12 months, 123 of the patients were given an extract of the mushroom G. lucidum mycelia (MAK), while 102 patients did not receive treatment with MAK. At 12 months, a follow-up colonoscopy was done on all the patients. The number and the size of the tumors decreased in the group that received MAK, but not in the group that did not receive MAK. The researchers suggest that MAK may help stop benign colorectal tumors from forming.

In general, there has been a strong progress in the field of medicinal mushroom research in terms of anticancer drug development, but this work continues and much more progress still awaits us, especially in the fields of molecular targets of the medicinal mushrooms and the complex synergistic interplay of their different components. 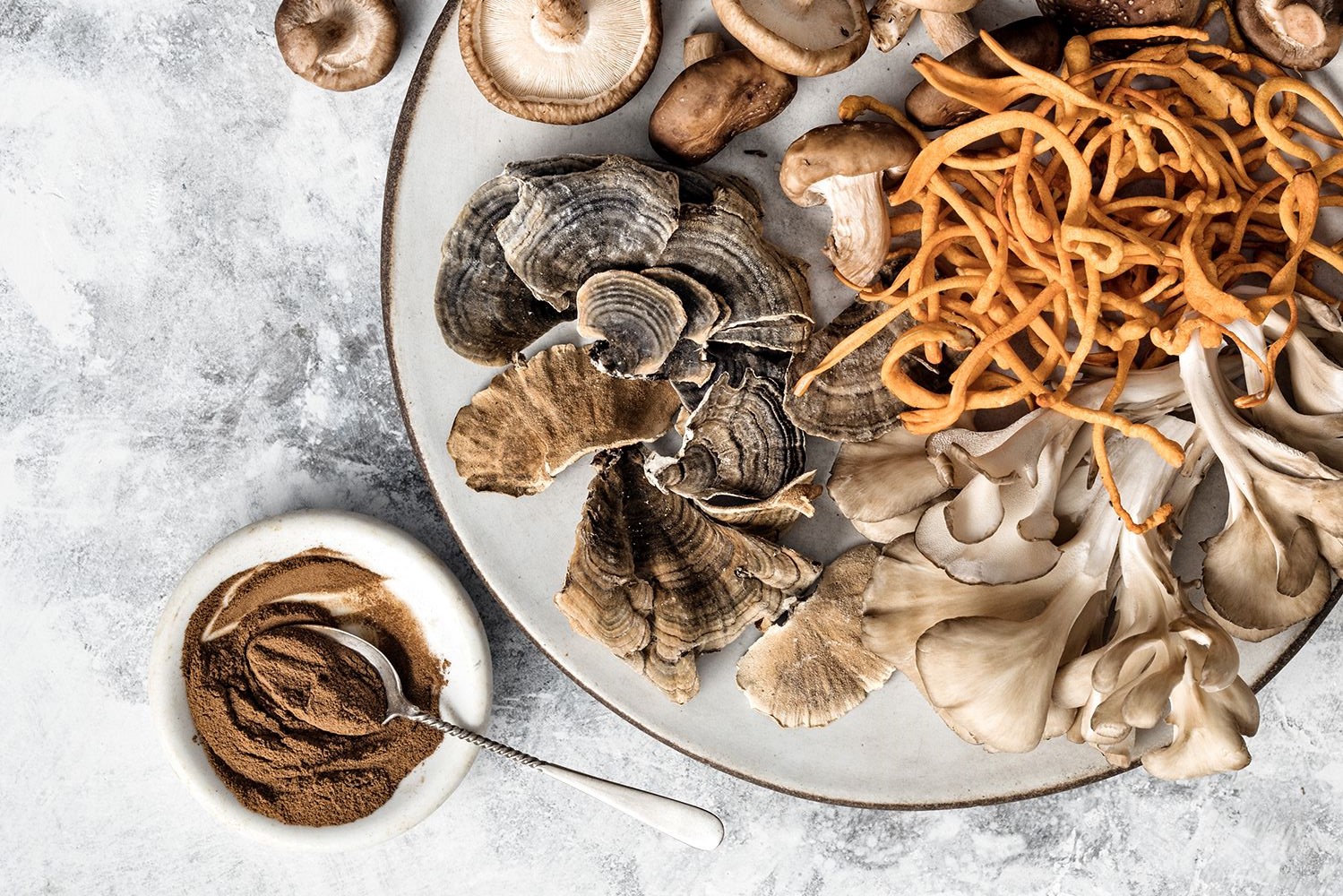