The science behind Lion’s mane

The lion´s mane fungus Hericium erinaceus is a well known edible and medicinal mushroom found throughout eastern Asia. Its fruiting bodies exhibit various pharmacological activities, including enhancement of the immune system as well as anti-tumor, hypoglycemic, and anti-aging properties.

The science behind Lion’s Mane

Scientific analysis has shown that the aromatic compounds hericenones C–H and erinacines A–I isolated from the fruiting body  promote nerve growth factor (NGF) synthesis in cultured astrocytes. These results highlight the usefulness of H. erinaceus for the treatment and prevention of dementia. However, the biochemical mechanism responsible for this action is not yet totally understood. In Japan, the fungus is known colloquially as yamabushitake, while it is called the monkey’s head mushroom in China and the lion’s mane mushroom in the US. Hericium erinaceus colonizes both living and dead broadleaf trees and is distributed around the world. Some of the other better-known representatives of this genus are H. abietis, H. alpestre, H. americanum, H. coralloides,and H. laciniatum .

To test the effects of orally administered H. erinaceus on cognitive function, a double-blind, parallel-group, placebo-controlled trial was performed on mildly cognitively impaired 50- 80-year-old Japanese men and women aged. A cognitive function scale based on the Revised Hasegawa Dementia Scale (HDS-R) was used. In this study, 14 individuals received H. erinaceus while the remaining 15 individuals received a placebo . The researchers observed that the H. erinaceus group increased their HDS-R score relative to controls depending on the time period when H. erinaceus was consumed. Specifically, significant differences in cognitive function appeared at weeks 8, 12, and 16 of the trial. During the 4 week follow-up period, however, the score of the H. erinaceus group decreased significantly compared with the week 16 score. Thus, H. erinaceus is effective at reducing mild cognitive impairment but continuous intake may be necessary to maintain the beneficial effects of the fungus.

A previous study reported that the active components of H. erinaceus, hericenones C–H, stimulate NGF protein synthesis in mouse and rat astrocytes. However, hericenones C, D, and E did not exhibit NGF-promoting activity at all using 1321N1 human astrocytoma cells. These results thus raise the possibility that H. erinaceus has active but, as of yet, uncharacterized lipid-soluble compounds that promote NGF expression. Furthermore, oral administration of H. erinaceus increased NGF mRNA expression in mouse hippocampus. This result suggests the possibility that the hypothetical compound could be absorbed into blood and delivered to the central nervous system through the blood– brain barrier. It has been reported that oral administration of erinacine A significantly increases the level of NGF in the rat locus coeruleus and hippocampus, but not in the cerebral cortex. In conclusion, H. erinaceus contains active yet poorly understood compounds that stimulate NGF synthesis via activation of the JNK pathway. 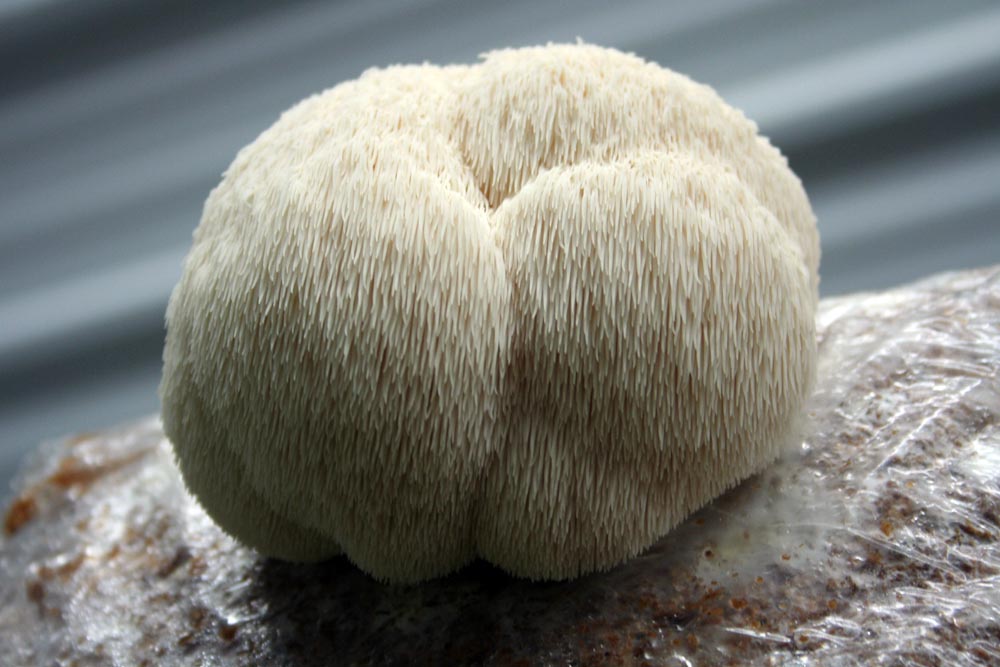 It has been demonstrated that H. erinaceus, which primarily consists of polysaccharides, has tumor-fighting properties. However, the mechanisms by which H. erinaceus inhibits growth of human hepatocellular carcinoma (HCC) is largely unknown. However, two studies performed by Scientists demonstrate that H. erinaceus acts as an enhancer to sensitize apoptotic signaling mediated by doxorubicin (Dox). Moreover, sensitization can be achieved by reducing the inhibitory protein c-FLIP expression via c-Jun NH2-terminal kinase (JNK) activation and enhancing intracellular Dox accumulation via inhibition of NF-κB activity (note that Dox is an effective chemotherapeutic drug to treat patients with HCCs). These findings suggest that H. erinaceus in combination with Dox serves as an effective tool for treating drug-resistant human hepatocellular carcinoma.

Another study.  evaluated the effect of extract of H. erinaceus fruiting body on blood glucose levels in a diabetic rat model. The major components of the extract were D-threitol, D-arabinitol, and well-known polyhydroxy alcohols identified by their chromatographic profiles and spectroscopic characteristics. Some polyols, such as erythritol, threitol, ribitol, arabitol, and galactitol are found in mammalian tissue, and these compounds may influence the blood glucose regulation mechanism. The methanol extract of H. erinaceus (HEM) was concentrated to remove solvent yielding a residue that was added to the diet. After the studied period the effects on blood glucose levels were significant.  This study showed that extracts of H. erinaceus not only have a hypoglycemic effect but also reduce rates of increase of serum triglyceride and reduce total cholesterol levels.. 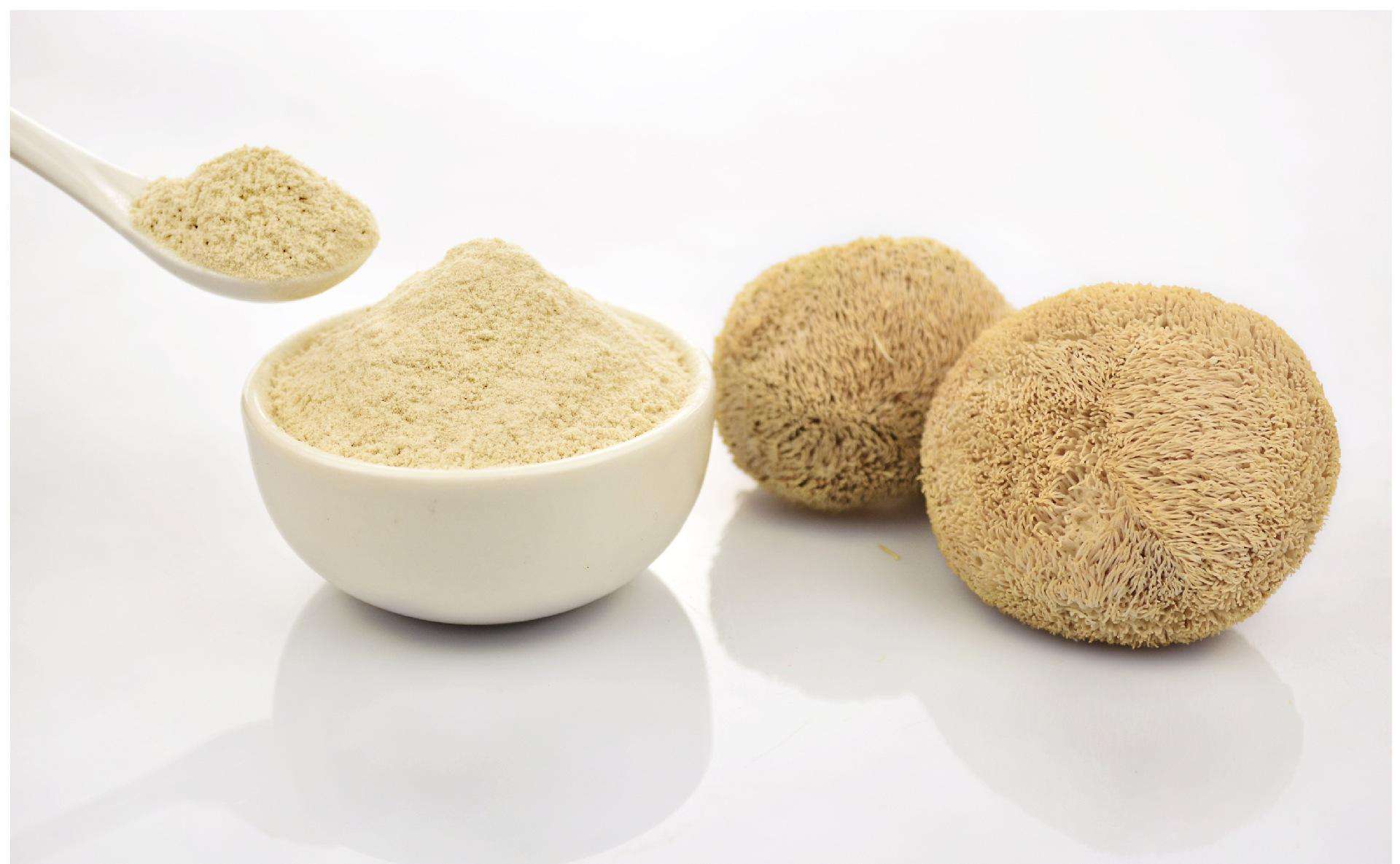 Science could be exhausting. Boost your cognitive performance with Lion's mane. Now you know why!