This mood-lifting blend we created to offer you maximum antioxidant and immune support while enjoying a favourite classic drink. And to make it a medicinal drink on a base of organic certified South American cacao we added:

3g (3000mg) of mushroom fruiting body extract, rich in active ingredients equals the amount you would get in about 8-10 capsules of mushroom supplement (if the supplement is worth it at all).

Usually talking about things containing sugar it is about either healthy or delicious. Nutri-Fungi’s Mushroom Cacao is neither oddly tasting, nor guilty food/drink. We put together the goodness of the premium quality, fair-trade, South American cacao powder along with the benefits from the medicinal mushroom extracts. In fact, our formula is pretty simple: cacao powder+coconut sugar+mushroom extracts=Mushroom Cacao! Honestly nothing more! Furthermore, coconut sugar has a low GL (Glycaemic index) and is completely unrefined. We use it only for balancing the over bitterness due to pure cacao and Chaga extract (definitely a bitter taste). Is fair to clarify that the Mushroom Cacao does not taste sweet at all. It is a rather basic combination and goes very well with some nut milk, natural sweeteners, and cakes or smoothies. Despite that, if you are a fan of dark chocolate will easily like it as it is.

Studies have shown that cacao/cocoa affects your emotions and mood by raising serotonin levels, which explains why chocolate is often craved when gloominess looms. Also to the rescue is a neurotransmitter called theobromine, a mild stimulant sometimes used as a treatment for depression. It releases the compound anandamide, which produces uniquely euphoric feelings of relaxation and contentment.

Many researches have shown that chocolate affects your emotions and temper through raising serotonin levels, which explains why chocolate is frequently craved when cheerless overshadow. Additionally in it is a neurotransmitter called theobromine, a moderate stimulant sometimes used as a treatment for melancholy and depression. It helps releases of the compound anandamide, which produces uniquely euphoric emotions of relaxation and contentment.

Health benefits of the mushroom extracts

Chaga mushrooms grow wild in places like Siberia, northern Canada, Alaska, and some northern areas of the continental Europe and UK.

Scientific research published in 2015 found that extracts of chaga had an anti-viral affect on human immunodeficiency virus (HIV) type 1. Another research has shown that Chaga extracts can stimulate spleen lymphocytes, which can then have a direct positive effect on immune system function. Furthermore study published in the World Journal of Gastroenterology investigated the effects of Chaga extract on cancerous human liver cells. They discovered that Chaga extract may be able to prevent liver cancer cell growth. In a nut shell the primary and most studied Chaga benefits are:

Add a sachet (per day) of Organic Mushroom cacao to 150ml of hot water, warmed nut milk or smoothie.

How much to take

We developed this organic mushroom cacao drink formula as potent and powerful combination  as a result 1 serving per day is enough to get things moving and deliver to you a decent amount of mushroom bioactive ingredients. 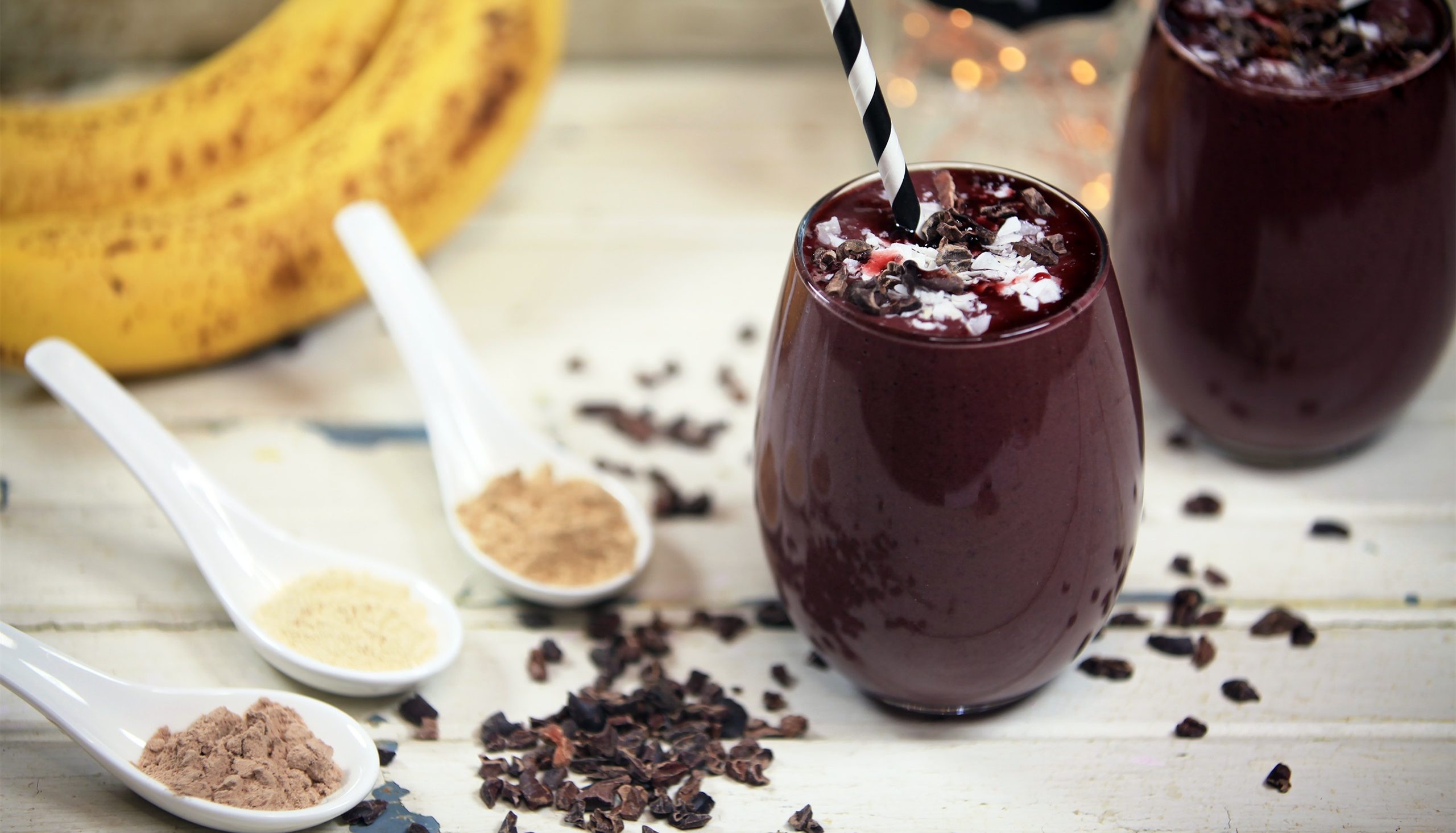